I know someone who once saw a Nightjar in Spain at dusk in the summer. 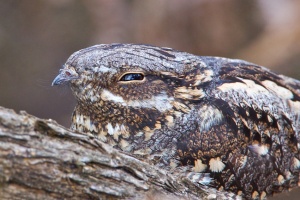 I have never seen one, but I have heard them sing. Such a strange, haunting song ‘churr-churr’ which can vary from a soft purr to a harder wooden rattle. It flies at dusk and dawn, on the hunt for moths and insects, with its mouth wide open. 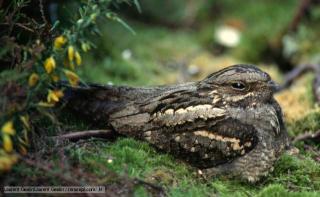 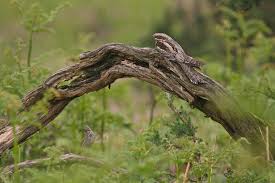 Actually, I may have seen a Nightjar but thought it was a Cuckoo or Kestrel. It is similar-sized and shaped, with pointed wings and a long tail. All sorts of ancient myths exist about Nightjars, principally that they steal milk from goats. The latter belief led to the Nightjar’s nickname ‘goatsucker’.

Listen to the Nightjar’s song at the RSPB website.

Listen to the song of these other birds we see in our Spanish valley:-
Red-Legged Partridge
Wren
Woodpigeon