Torrijas. This eggy bread is another Spanish recipe which makes great use of leftovers. Although it is traditionally eaten at Easter, we eat it often for lunch or brunch. 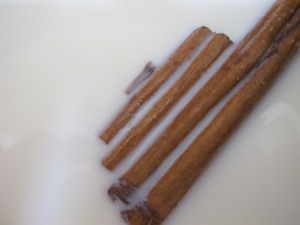 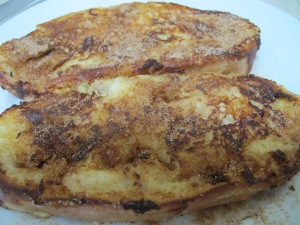 Place the milk, sugar and cinnamon stick in a pan and bring almost to boiling point, stirring occasionally to dissolve the sugar. Remove from the heat and leave for about 15 minutes so the milk is infused with the cinnamon aroma. 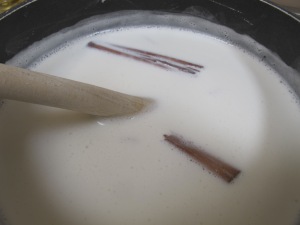 Cut the bread into slices about 2-3cm thick. Place the bread slices in a large shallow dish and pour the milk over. 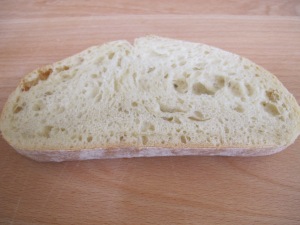 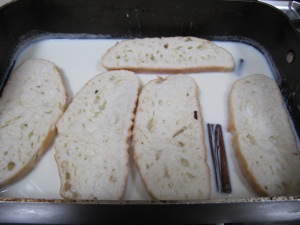 Chill for at least 2 hours, turning the slices over halfway through. 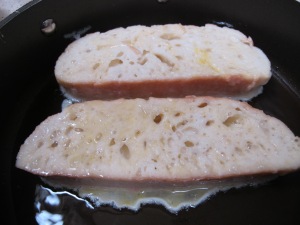 Heat the oil in a large frying pan over a medium heat, you need to be able to fry at least two slices of bread at a time. You could use butter instead of vegetable oil but beware, it burns more quickly. 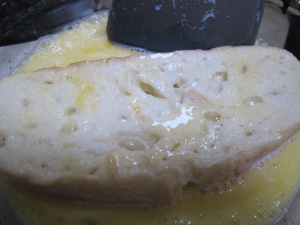 When the oil is hot, quickly dip each slice of bread in the beaten egg [above] so that it is fully-coated and the place in the hot oil. Be careful not to burn your fingers!

After a couple of minutes, flip them over and fry for another minute or two until golden. Remove from the pan and drain on kitchen paper. 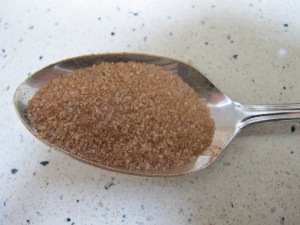 Mix together the sugar and ground cinnamon and sprinkle on both sides of the torrijas. Do this while they are still hot, as the sugary coating will stick more easily. 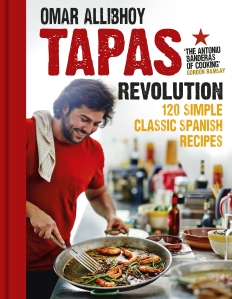 4 thoughts on “Not only for Easter”