The contrast of sharp cranberries and sweet icing is fabulous. I picked this recipe up on Twitter, the photograph of the cake grabbed my attention so much that I went straight out to buy the necessary. 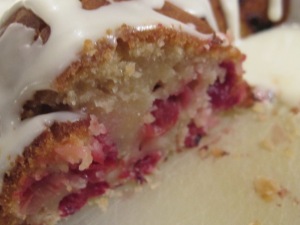 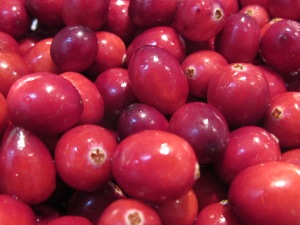 My version is gluten-free, and I challenge anyone to guess. I will make this again, but changing the fruit to blueberries and perhaps dried cranberries or sour cherries, and alternating the citrus glaze instead with lime or lemon juice for an extra sour kick. 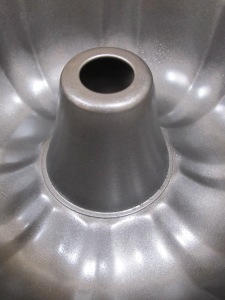 A note about American baking measurements. I used a set of measuring cups, though I must admit the weirdest thing was measuring 3 tablespoons of butter. I left the butter out of the fridge overnight, then using a knife pressed the butter into a tablespoon. It does seem to be a haphazard means of measurement, but the finished cake did not suffer. 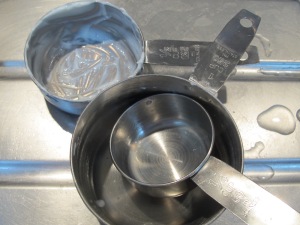 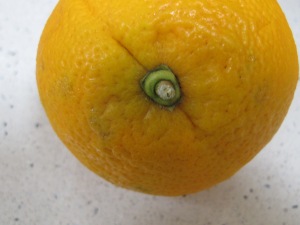 Take the butter out of the fridge to soften. 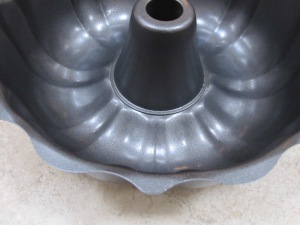 Grease a 10in bundt tin/ring tin.

Rinse the cranberries and dry on kitchen paper.

In a medium bowl, mix together flour and baking powder.

In a separate bowl, add butter and sugar and cream. Add to the flour mixture, and combine thoroughly. 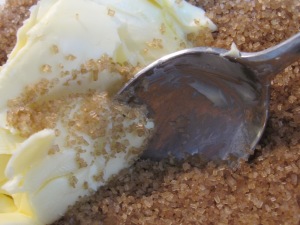 In a third bowl, mix the milk, Greek yogurt and vanilla essence. Add to the flour mixture, and stir thoroughly. Finally, fold in the cranberries to make a cake batter. 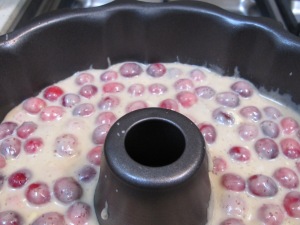 Pour into prepared bundt tin and bake in the preheated oven for 60-70 minutes or until a skewer comes out clean. 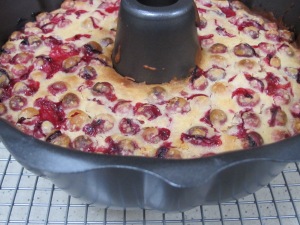 Allow cake to cool in the tin for 10 minutes, then remove from tin and allow to cool completely. 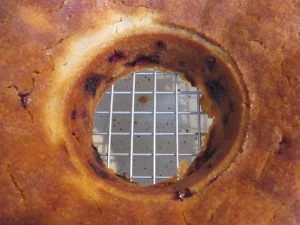 Prepare glaze in a small bowl by mixing the sugar and orange juice until smooth. Drizzle glaze on top of the cake. 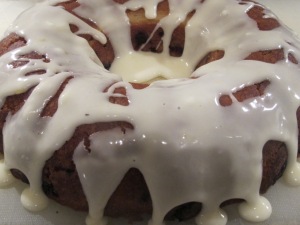 I stored the cake in an airtight box in the fridge, because it contains dairy, but I will admit it was eaten within 48 hours of making!

12 thoughts on “A sweet and sour cranberry cake”