A real clafoutis is made with cherries but they are not in season now, instead we have a large bowlful of plums to eat. 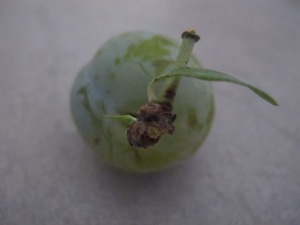 So this is a Spanish experiment, adapted from a gooseberry clafoutis made by Nigella which, incidentally, she recommends eating as leftovers for breakfast the next day. We eat half as pudding with Greek-style yogurt but there’s little chance the rest will last as long as breakfast, it may constitute supper. 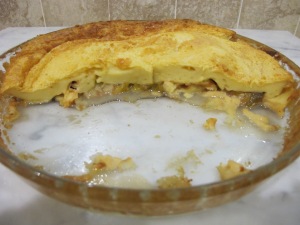 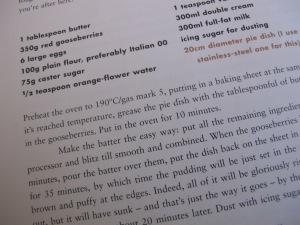 Preheat the oven to 190°C.gas 5, put in a baking sheet to heat up. When it has reached temperature, grease a 20cm diameter pie dish with the butter, and put in the plums. Bake in the oven for 10 minutes.
Make the batter by putting all ingredients in a food processor, blend until smooth and combined. When the plums have had their 10 minutes in the oven, pour the batter over the fruit, and put the dish back into the oven. Cook for 35 minutes [ours needed a little longer to set the batter, but that may just be our oven]. 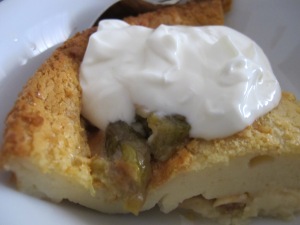 The clafoutis is cooked when it is set in the middle and golden-brown and puffy around the edges. When you take it out of the oven it will have risen quite high [below] but as it cools it will sink [bottom] which is quite normal.

4 thoughts on “An out-of-the-ordinary clafoutis”