We have two larks here, Thekla and Crested, almost indistinguishable except that the crest on the Thekla’s head is more fan-shaped. They mix together, dancing a merry rhythm in front of us as we drive down the track through the olive groves. 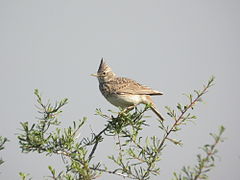 The Crested Lark is the most common of the two, usually found on farmland and at the side of roads. Like the black and white Pied Wagtails, the larks fly ahead of the car only to land 30ft further along the track, flying up again as the car approaches. Why don’t they fly off to the side across the fields? 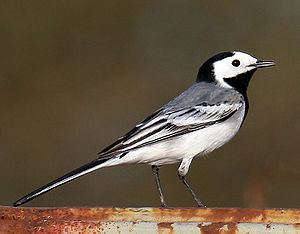